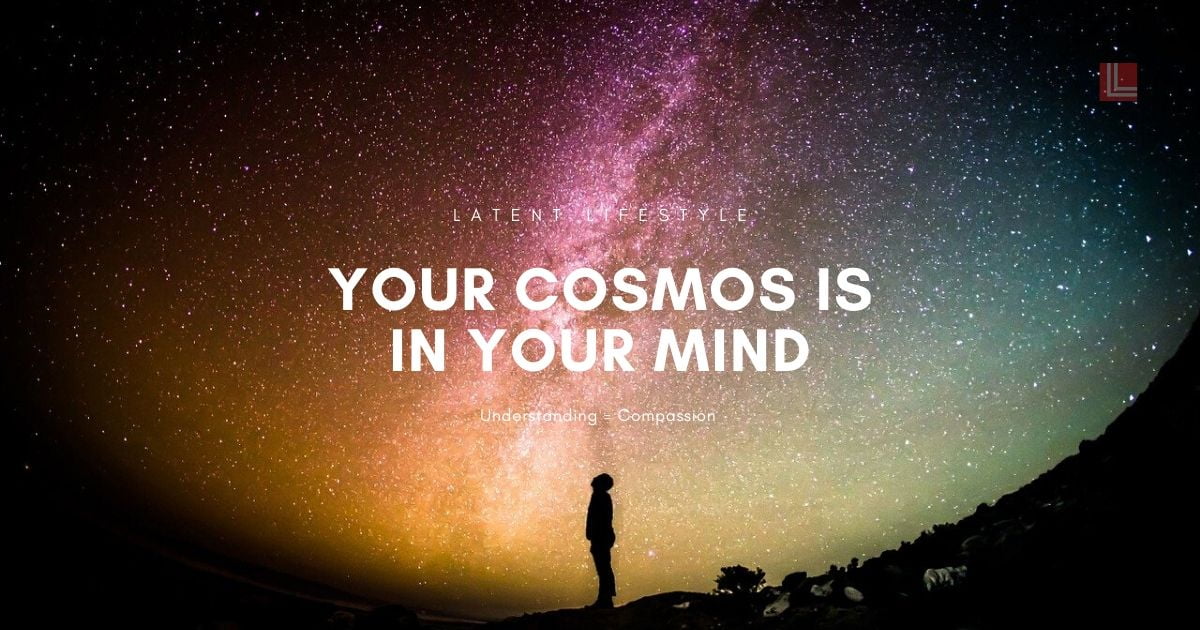 Ever notice your world outlook is different from the next persons?

That’s what I began to notice!

It isn’t so much that there are physical differences in the world around us. We all experience rain, we know what the warmth of the afternoon sun can do for us and at night the beauty of a star filled sky is awe inspiring to see.

It was more that there were different reactions to it.

Why then, do we each live in such ‘different’ worlds?

In short, it wasn’t until I realised how much my mind creates my version of what I believe is the ‘real’ world, that I began to understand how the ‘real’ world differs for every single person.

Then, and only then, could I understand how to be compassionate towards others.

The Smallest to the Largest Ideas

Okay, let’s start small. Physicists explain (here summarised in very loose terms) that an atom is made up of a nucleus (made up of protons and neutrons) and it is orbited by electrons.

Between each of these particles is space and energy and that comprises more of the atom than the other 2 parts!

This is overly simplified, but you get the gist that the smallest thing we can comprehend is something that is made up of mainly energy and space.

Likewise, the Cosmos, the entirety of the universe, all matter, plants and living creatures. Every single grain of sand, beam of light and unchartered galaxy is wrapped neatly inside that one word – Cosmos.

We also have beliefs that go hand in hand with each of these ideas too. The smallest atoms are the building blocks for all that exists (both alive and inanimate), and the Cosmos exists by itself without any further exterior force.

Already we may be differing on what we believe, but the point remains that there is your version of the world and my cosmos of the cosmos.

I think the word normal is often used incorrectly.

If I say that planes normally fly from Heathrow airport, I would be right some of the time, but what about the times when they are not flying from Heathrow Airport.

If I say I normally visit my parents on a Wednesday afternoons, what happens when I don’t! Does that become abnormal?

When we see a person who has no nose, we may think that they don’t look normal, but yet when we look at our own hair, we say we have normal hair, even though it doesn’t sit right, requires constant attention and there are crowns and bald spots!

Normal is a constant which is always variable. It only exists in our own mind to create a sense that things are not changing too much.

There really is no such thing as normal though, because every day, every person, every event is slightly different, doing things at different times in different places. No two normals can ever be alike!

When we use normal to explain our outlook on life, we run into trouble because my ‘normal’ is different to your ‘normal’.

Think for a moment about a druglord and a doctor.

When I think of a druglord, I think of someone with power and wealth, ruthless and indiscriminate in their drive to succeed at all costs.

Their world is filled with horror, violence and greed. No-one is safe, not from each other nor from the law. Loud music, unpredictable people, squalor and luxury combine to form a version of the world I have never known.

On the other hand, Doctors lives are filled with lifelong study and constant attention for those unwell, and though wealth follows, it comes with the burden of care far greater than the majority of jobs require on a day to day basis.

Their world is filled with time schedules, understanding personal needs, heartache and illness, working hard to find new ways to care for others, day or night.

Both would say their world is normal but neither would say it is the same as the life of a writer, explorer or farmer!

Try and picture the world of a poet or of a mine worker 3km below ground and think about how your world outlook is so different to theirs.

You may consider education of high importance or think that earning enough to provide for you family is firstly more important. We all have is a different version of the ‘real’ world than the next person.

If we understand that there are different ways to understand the world around us, we can also appreciate that we are all living in a world that is personal to our own experiences and thoughts.

Let’s say that we live in a neighbourhood that has loud stereos, noisy cars and people always group together on street corners.

Wouldn’t it seem abnormal when moving to a country house where there was no noise, little night life and everyone knew you by name?

Likewise the person visiting the city from a farm finds the noise and rush of life overwhelming initially.

There are vast differences in what is normal to us and to our version of the world. Occasionally those worlds collide…

We often see world’s collide in very vivid ways that may be confusing, harrowing or awe-inspiring.

When I think of someone drinking till their liver and kidneys fail I am saddened with all that knowledge and ability they had, why would they struggle to let go of the bottle.

Sometimes moments are harrowing when two different worlds collide in such a way it distorts all reality of one’s life. A father comes home from their day at work to find thieves in his home and is thrust from his ‘normal’ everyday family life into a world of terror.

The thieves on the other hand find that the compliant house owner is a great opportunity to get something for nothing and in their ‘normal’ world, and this approach offers them the safest route for survival.

We see this so often in our day to day lives,

When we see life and death collide. We all assume that we will understand the pain of losing someone and when we do lose someone, we find that it is completely different to what we originally thought.

Manners and necessity, Care and Abuse, Heartbreak and love.

When each of these ‘other’ worlds collide, we notice briefly a small opening into a different version of another ‘world’.

It is in these moments that we are also granted the ability to see the world and it’s vast complexity.

Our world, our ‘normal’ day to day world we live in is created by our incredible minds. A complete collection of experiences and observations coming together to form our reality specific to us.

But only according to your own ‘normal’ world rules.

No-one in this world woke up wanting to be a beggar on the cold streets of a vibrant city filled with people.

The wealthiest person never expected people to treat them like a god or to vilify them like the devil themselves.

We all set off on a route that enable us to provide meaning for our lives in one form or another and within that quest we get so caught up in only seeing our own path we fail to see anyone elses.

The comedian may not appreciate that a joke of one sort to one group of people may inspire and create laughter, but to someone else they are offending their normal world view.

Mahatma Ghandi, the Buddha, Nelson Mandela, Martin Luther King, Jesus Christ, Mohammad, David Livingstone and Mother Theresa were some of people who could look past their own ‘normal’ worlds and see into the lives of others to be able to show compassion towards them.

Understanding that we have different world views is not a major revelation. We know the expression that we only know someone when “we walk a mile in their shoes”.

The major revelation is that our world view is a way of seeing the world one way and of the billions of versions that walk on our planet today and the billions that lived before, no greater lesson will be to understand that not everyone has all the information you do.

To fully appreciate the wonderful nature of those around us is to understand that they live a world so different to our own that when they make decisions they are doing the best they can with the information they have.

It’s time we lead by our example and show compassion to the weak, poor, wealthy, downtrodden, heartbroken, excessive and abusive people that live in a world they created in their own minds and from which they are unable to escape with their current skill set.

Showing compassion is not to accept lawless behaviour, or be treated poorly, but to show understanding to those that commit such actions.

Each will result in poor growth, regardless of best intentions..

Twenty years from now you will be more disappointed by the things that you didn’t do than by the ones you did do. H. Jackson Brown Jr. (P.S. I Love You) Our brains thrive on exploration. The difference of a situation, the excitement of a new experience. It is mind-blowing to think of all the…

To see the morning rise and enjoy the evening pass is to experience the day in full! What an amazing place to be! Thomas’s Place is certainly worth the stay, even if it is not far from the road, the air is crisp, the sky clear and I could hear the sheep having a little…

Courage is the most important of all the virtues because without courage, you can’t practice any other virtue consistently. Maya Angelou We all know the 5 second rule exists! There is the 5 second rule for food – drop it on the ground and you have just 5 seconds to recover it before it becomes…

To stand tall in this world, you need the strength of perseverance! Maurice Randall Listening to the radio today, I heard Rachel Platten singing her Fight Song. I thought; do we all need a fight song or is it that we all need the encouragement for self assurance to keep us on track? 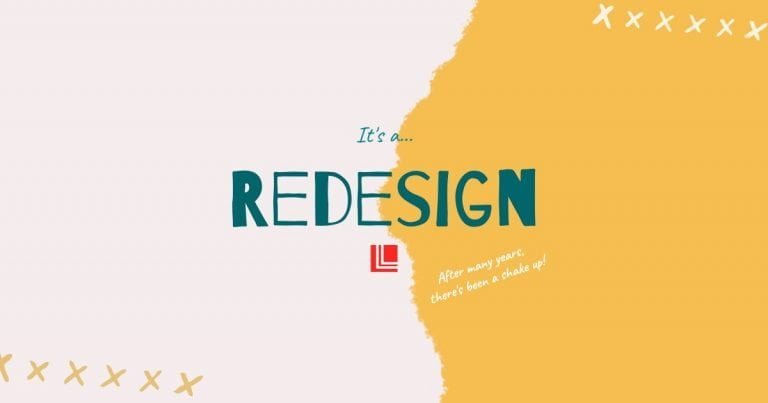 There comes a moment when it’s time to redesign the amazing things we create. To refocus on what is important and to improve on what we already have. That moment passed a few days ago and, though starting from the ground up, it is also a mental journey of rebuild what I know and want…