Courage is the most important of all the virtues because without courage, you can’t practice any other virtue consistently.

We all know the 5 second rule exists! There is the 5 second rule for food – drop it on the ground and you have just 5 seconds to recover it before it becomes germ ridden and rots away in your hand! (NHS)(Guardian)

Then there is the 5 Seconds of Summer Band, the 5 Second Game and the 5-Second rule in Basketball.

The 5 second rule in today’s post is the 5 second courage rule. While listening to Mel Robbins talk in 2011 about how to improve she spoke at the end about having just 5 seconds to act on an impulse. I want to call it courage to act.

According to Mel Robbins, from the moment a thought enters our heads, and before the brain switches on the “breaks” you have a window of 5 seconds to do it. For eg: You are at a dance, the DJ asks people to go up and dance and you feel like dancing, you half stand up, you look around and you take stock and you talk yourself out of it and sit back down – time taken for the decision – 5 seconds! The time started as the DJ started saying the words, your brain already knew the request, you partially were going to react to it and go, 2 secs, you stood up, 3 secs, you looked around and saw others not getting up, 4 secs, you began to think should I really go, 5 secs and you are back on your chair again – impulse defeated.

Lets apply this to everyday life. You get the impulse to book a flight to another country, you pick your phone up and start typing in the search term – “cheap flights” – in the time it has taken for the search to complete or for the phone to turn on, you have already taken your 5 seconds.

Doubt begins to creep in. “You cant really go just at the moment.” “What would people say if you just went now.” “Where would you go and what would you do.” Then there is the hotel to book… Just like that you went from going away to staring at YouTube videos and sitting wasting your time.

How to tackle the 5 Second Rule

When the impulse hits you – write it down. Now it’s concrete! When the first doubt enters your head – Where will I go? – turn it into a search to aid the courage you need to act. What will others think – turn it on its head and write WHAT, will others think of my spontaneity!

For decisions that you can make in an instant – make them. See an interesting person, go and introduce yourself. Want to read a good article in a magazine, buy it and read it while having a coffee. You have 5 seconds to make that decision and the time is ticking. The most important movement in the 5 seconds is the initial inertia required. That is physics 101! You need a great amount energy to initially move something, then constant energy to keep it moving. So is courage – that initial movement will require you to make the largest amount of energy first to do that thing, then it is just about following it up. 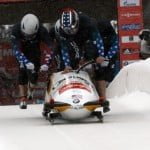 Like the dance floor, once you get up and start on your way to the floor the most amount of effort is exerted. The thoughts haven’t started pouring into your head, you are already there and you are getting others to dance too. If they aren’t – Who cares – you are and you are loving it!

David Allen in the GTD method writes that if you can do something in 2 minutes to check it off your list, then you should tackle it straight away. Get it done now and move onto the next task. He even goes on to say that you should break any task down into smaller chunks to get it done. See the big picture and then break it down into smaller manageable chunks.

Learning to Handle the 5 Second Rule

The 5 second rule works for everything in life. In the Yes Man movie with actor Jim Carrey he learns to say yes to everything. It is only when he has a bizarre set of circumstances and loses his girlfriend that he learns the second part of the Say Yes campaign. He learns that you can still choose to say no to things, just make those things you say no to be thoughtful decisions. 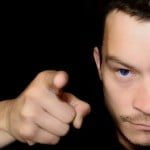 The emphasis is on learning to go with your impulses in a thoughtful way. Make a decision, have the courage to do it and own it. If it was the wrong one, so what, make the next decision and move on. You have this amazing life to experience and as you get better at learning about impulses and what will focus you towards a goal or happiness, you will improve on calling them and have the courage to act on them.

Have courage to Act Anyway Today! 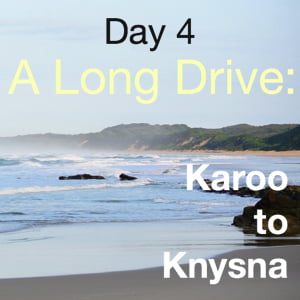 Last week I was talking to Ash, a new acquaintance I met as part of my interest in permaculture. We got talking about the plants and the way nature really does take care of itself to provide for us the best fruit and veg when we let nature do the work. It was a garden, correction,…

There comes a moment when it’s time to redesign the amazing things we create. To refocus on what is important and to improve on what we already have. That moment passed a few days ago and, though starting from the ground up, it is also a mental journey of rebuild what I know and want…