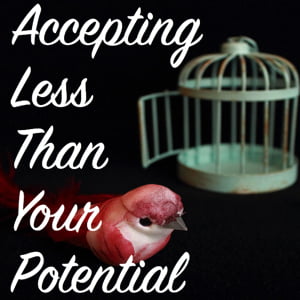 Potential is within, reality is how you use it!

Watching a Ring Necked Parakeet yesterday I was fascinated by the way it held its food in its claws and bent its neck over to eat the tiny small piece of food. But what happened next sparked this realisation – Are we accepting less than our potential? 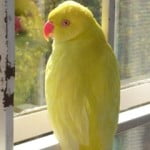 The ring neck parakeet is a house bird, has a cage, which has the door open all day long and is free to do as it wants. The majority of time it spends dozing by the mirror in the warm sunlight, or trying to entice some poor unsuspecting victim over to the cage when she sees food in their hands. In all accounts, this parakeet can fly off and do as it pleases. So what’s the problem?

After watching it eat the food, it climbed down off the cage, down the leg of the cage stand, walked across the floor to the curtain and then pull itself up so it can sit by the window in the sun and dose off. What is strange about this picture though? This is a bird, with fully functioning wings, healthy, has the passion for heat, yet refuses to use what is at its disposal and decides to walk and climb. Never has the ability to walk looked so wrong to a species that is meant to fly to get where it wants to go.

Accepting less than our potential, is not realising that we can do things differently. That we can try things again and see if they can be achieved. Always wondering what might have been is not doing that thing, it is wondering! We all have the potential to do anything we want. Can we fly? Sure we can, not with our arms, but we can be inventive enough to find a way to make something to span distance and time. Is it possible to learn something new, certainly, it may just require a different approach! There really is no limit within us except our own minds and fears. 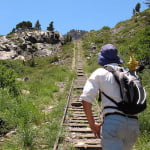 The ring necked parakeet had wings that worked. She flew well and landed with ease, but upon having her wings clipped, when she tried to fly she lost her confidence to fly. Lost the ability to move through the air. This did not prevent her from sitting in the cage and sulking and never moving again. She began practicing with her wings at the edge of the cage. Flapping as fast as she could, only to realise that these wings could not take her where she wanted to go. She began to think of other ways to move around the room.

At vast expenses of energy, she began to climb and walk around the room. Investigating the limits of her abilities, but forgetting that her wings had the potential for flight. Day after day the memory of flight became more distant and the notion of walking became the more preferred method. Once or twice a test flight would be embarked upon only to end up crash landing into the sofa or pot plants. This only served to reinforce the idea that flight was no longer an option.

Why should I bother trying at all? 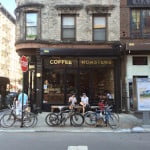 The potential we harbour inside is vast, and we may have experienced that freedom of flight in days gone. The carefree feeling that we can do anything we wanted, the wonder of seeing a flower bloom, or going to a new venue and meeting people. Running around with our shirt over our head or just enjoying the company of someone was all too easy. It wasn’t even an issue that had any bearing in our consciousness. But like the parakeet the wings of your reality were clipped.

Slowly the new way of working began to take shape, the ideas that you once had began to move aside and an acceptance of what you are now began to take hold. A few trial flights only proved to reinforce the belief that you could no longer do those things you did before. You lost confidence! Going to a new place and meeting strangers was now impossible, the thought of taking any joy from the world around you is tantamount to being selfish and the skills you developed now become the norm. The way you think about the world.

The Scary Bit – The safer option 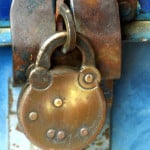 What is strange is realising that this is where we are now. The Ringneck parakeet is at the same place. The wings have never been clipped since, she has flown a few times but lost her confidence. She would rather walk than fly because it’s the safer option. She has history with these wings. She knows she lost the ability to fly and cannot get over it. The only safe option is to repeat the new learned behaviour.

The safe option is normally the one where we as humans feel most confident. We feel confident enough to boil an egg, but not confident enough to make a soufflé. Yet both use the utensils in a kitchen and use eggs. It is easier to walk into a store you know, than try a different one in case you don’t know who you will meet or what you will find. It is easier to take the same route home from work every day than try new avenue and have different options. Our wings still work, we just forgot how useful they could be.

We were all young and had to start somewhere

What I cannot explain to the Ringneck Parakeet is that her wings work and that she should begin practicing again. I cannot tell her that when she was young she didn’t know if she could fly or not, but she learned and flew anyway. So it is just a matter of beginning again. All that will need to be re-learned. I can take her from her comfort zone and throw her in the air, this will prompt her to fly but she may hurt herself. She may fall to the ground and break a wing. She may associate flight even further with fear and never take to the air again. She may learn and gain her confidence back.

I didn’t know how to walk before I started walking. I didn’t know how to talk before I began talking. This world was as small as my home, and as I learned I realised there was more outside, there was a garden, then the neighbourhood, then the city then… That confidence to keep trying new things came from the latent potential inside me. There were no restrictions and no preconceptions. I just went out and acted anyway – As did you!

There is an advantage to what you have over the Ringneck Parakeet. You are searching to learn something new. You are able to understand through these words – That you have that potential inside you – So what are you going to do with it?

You may have others around you who are tying to teach you to fly again. They are throwing you in the air again and wanting you to fly and with each crash landing you seem to reinforce the fear of failure. Don’t take their efforts in anger. They think they are doing their best. Taking you to new places to meet new people, going on new adventures to try new things. They are trying to get you to fly again. This is your chance to begin today – To ACT ANYWAY! 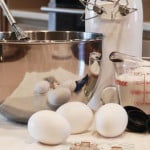 Try the soufflé tonight if you have never made one before, or perhaps take a different route home. Make that call you have been putting off and chat. Can you feel it inside – the latent potential? You know you can do anything you want, now what is it you want?

Follow this link here to help with the decision making, decide what you want and then reach for it with both hands.

If you have felt the excitement and passion inside you, or you just had to go and try something because of this, I would love to hear about it. Catch me over on Facebook or Twitter. If all you can manage right now is a thumbs up then give me a like.

Last week I was talking to Ash, a new acquaintance I met as part of my interest in permaculture. We got talking about the plants and the way nature really does take care of itself to provide for us the best fruit and veg when we let nature do the work. It was a garden, correction,…

Courage is the most important of all the virtues because without courage, you can’t practice any other virtue consistently. Maya Angelou We all know the 5 second rule exists! There is the 5 second rule for food – drop it on the ground and you have just 5 seconds to recover it before it becomes…

Failure is not falling down but refusing to get back up! Chinese Proverb I recently received a message from a friend and the message read fine until the bottom of the last paragraph where it read, “I feel like a failure”. These words ran through my mind and I wondered for a long time why…

Variety is the spice of life. Routine is killing you! It is a fact that when you do something as a matter of routine you cannot take any excitement in life anymore. When you stand in the morning to brush you teeth and you take the toothbrush from it’s same spot, put the toothpaste on the… 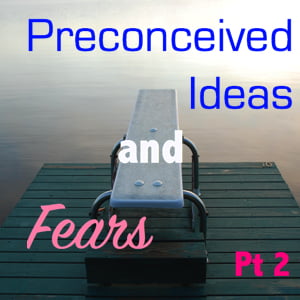 Allowing your inner thoughts to dominate your decisions without proper investigation, results in indecision and apathy. Maurice Randall

2017. It’s arrived and already the days are ticking past. 2016 was a busy and an equally slow year for me, but 2017 is already shaping up to be a lot busier. It is then that the word “Resolutions” has crept up on me too. That word that can spell for many certain failure and…